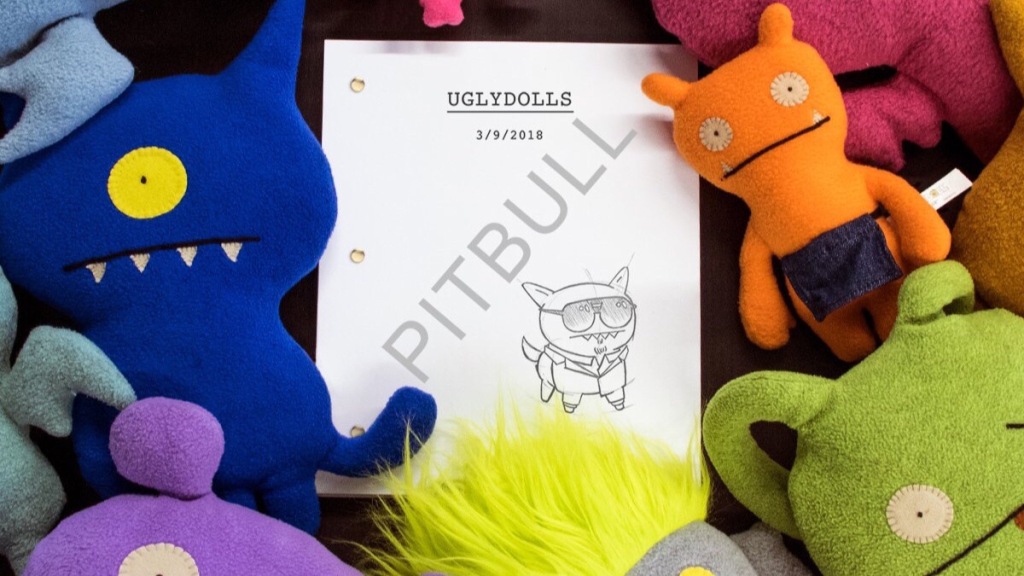 Just Announced: Mr. Worldwide will be a part of the upcoming animated movie, UglyDolls, hitting theaters Summer 2019! He is set to not only voice a key character in the film, but he will also write and perform an original movie song.

To make the announcement, the rapper shared a picture of what appears to be an UglyDolls script with his name and character drawn on it, surrounded by the popular plush toys of the same name as the movie. Armando‘s character will be one of the key leading characters in the animated motion picture.

“Pitbull’s amazing musical creativity and magnetic personality have captivated millions of adoring fans around the world. We’re thrilled to collaborate with him, and look forward to showcasing his singular talent as we build the UglyDolls franchise,” said Adam Fogelson, chairman of STXFilms.

“It’s truly an honor to have the opportunity to work alongside the STX team and be involved with UglyDolls,” said Perez. “The brand takes a fun approach to universal messages no matter color, culture or creed. These are themes I am passionate about, and our team is very excited about this partnership.”

On top of voicing a key character, Mr. 305 will be writing and performing an original song for the film, which is about the UglyDolls confronting what it means to be different, struggling with their desire to be loved, and ultimately discovering that you don’t have to be perfect to be amazing because who you are is what truly matters.

The movie, which is directed by Robert Rodriguez, is slated to hit theaters next summer. The film is the first ever animated motion picture by STX Entertainment by their “family and animation” division.

The animation is seen as a franchise play by Robert Simonds and his STX Entertainment team as they look for Pitbull to be part of all aspects of the rollout across every company platform — STXTV, STXdigital, and STXsurreal VR.