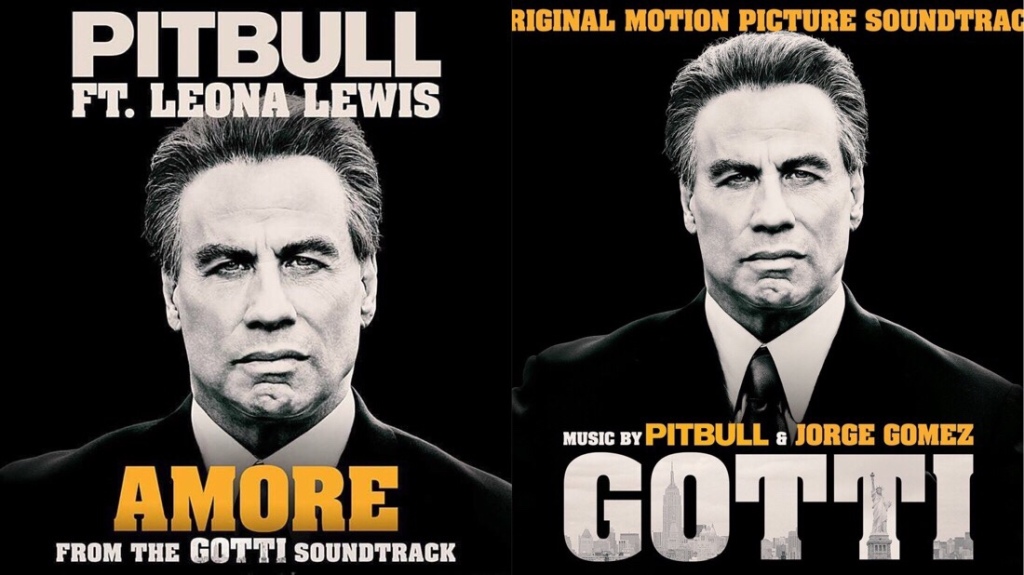 The official soundtrack for the movie Gotti is now available for purchase and streaming worldwide!

Pitbull and Jorge Gomez composed the complete score and soundtrack for the film, which is a biopic based on the life of notorious mob boss John Gotti.

The soundtrack consists of nineteen songs, all composed by Pitbull and Gomez. Two of the nineteen, “So Sorry” and “Amore”, are performed by Pitbull with the latter featuring pop-singer, Leona Lewis. “Amore” also serves as the lead single for the film.

The album is released by Gotti Release, LLC and Mr. 305, Inc. under exclusive license to Sony Music Entertainment.

The film also hits theaters nationwide today! Pre-order your tickets by clicking here, or purchase at your local movie theaters!