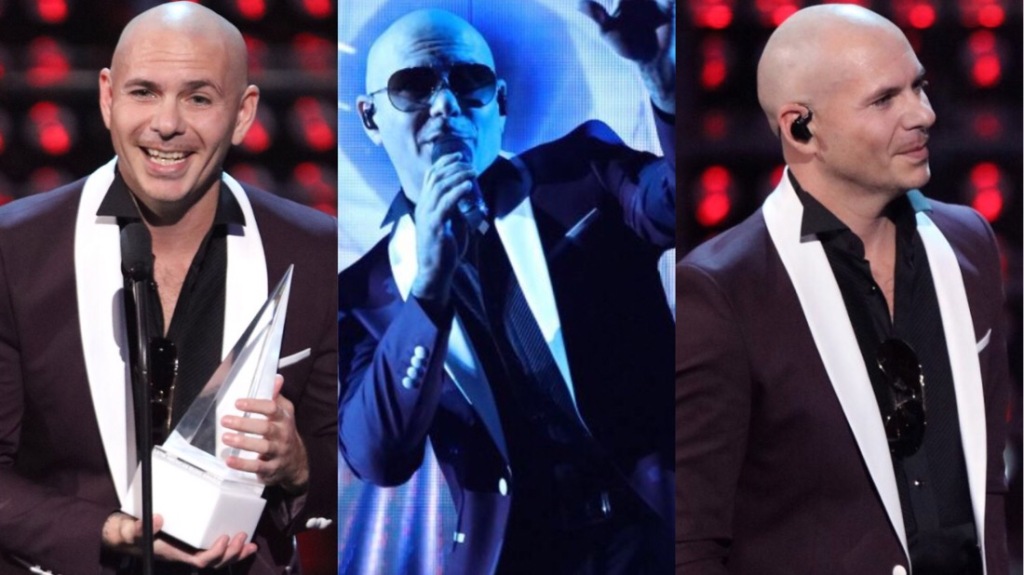 Tonight is Pitbull‘s night at the Latin American Music Awards! He not only premiered his brand new single with Fifth Harmony and another new song titled “Boom Boom Muévelo”, but he also was honored as the first-ever recipient of the Dick Clark Achievement Award!

Mr. Worldwide took the stage at the Dolby Theatre in Hollywood, CA tonight for the world premiere of his single “Por Favor” with Fifth Harmony and the new single “Boom Boom Muévelo”. On top of performing the brand-new hits, he also performed “Don’t Stop The Party”.

The 36-year-old rapper also received the honor of becoming the first-ever recipient of the Latin AMA Dick Clark Achievement Award, which was presented to him by his good friend Enrique Iglesias, for his dedication to music and how he inspires humanity and uses his platform to help those in need.

Check out a video of his full performance and acceptance speech below!

Take a look at other photos and videos from the third annual #LatinAMAs below!

Check out photos from rehearsals earlier today below: